In collaboration with Irving Smith Architects, RTA Studio was commissioned to reimagine the Rotorua headquarters of Scion, a Crown Research Institute that specialises in technology development for the forestry industry. Aptly located on the edge of the redwood forest in Whakarewarewa Forest Park, the project brings the workforce, previously siloed in smaller buildings dotted around the campus, into a central innovation hub while creating a new campus arrival point to strengthen the public interface for Scion.

Named after Tuteata, an ancestor of the three local subtribes ‘Te Whare Nui o Tuteata’ is a cutting-edge showcase for engineered timber not only in terms of the aesthetic but what it contributes to a carbon-zero future. A trio of ‘peaks’ in gluelam timber, representative of the three hapu in the region, stand proud and tall at the entrance. Visitors pass beneath these portals to a triple-height atrium where a curated exhibition of wood-fibre technology and a café welcomes the public. Immediately present is the structural diagrid which rises three storeys to form the skeleton of the building. These structural elements are made of high-performing Laminated Veneer Lumber, and feature dovetail node joints which slot and glue together in an expression of craftsmanship. Looking upward from the atrium, the levels above provide the more private, acoustically considered open-plan office and collaboration spaces.

As assessed using the Etool system, the Scion Innovation Hub achieves embodied carbon zero at time of completion. Furthermore, to measure all of life and end of life carbon, the new building was assessed to achieve the 2030 target set by the RIBA (Royal Institute of British Architects) of 500kg of carbon/ msq. By using engineered products made from sustainably grown pine and putting more thought into the operational characteristics of a building, the building significantly contributes to New Zealand’s carbon-zero future to leave a much lighter footprint on the land. 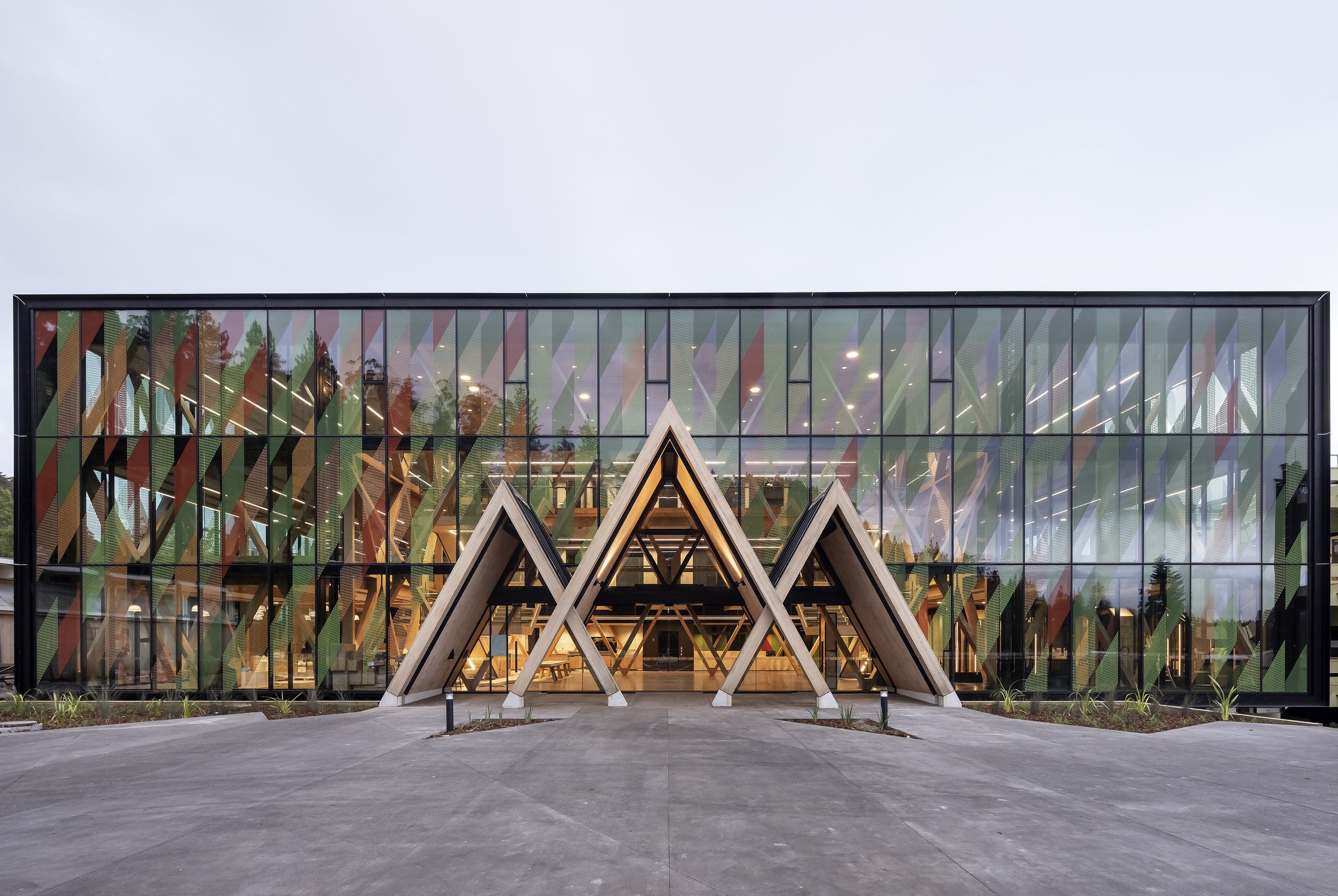 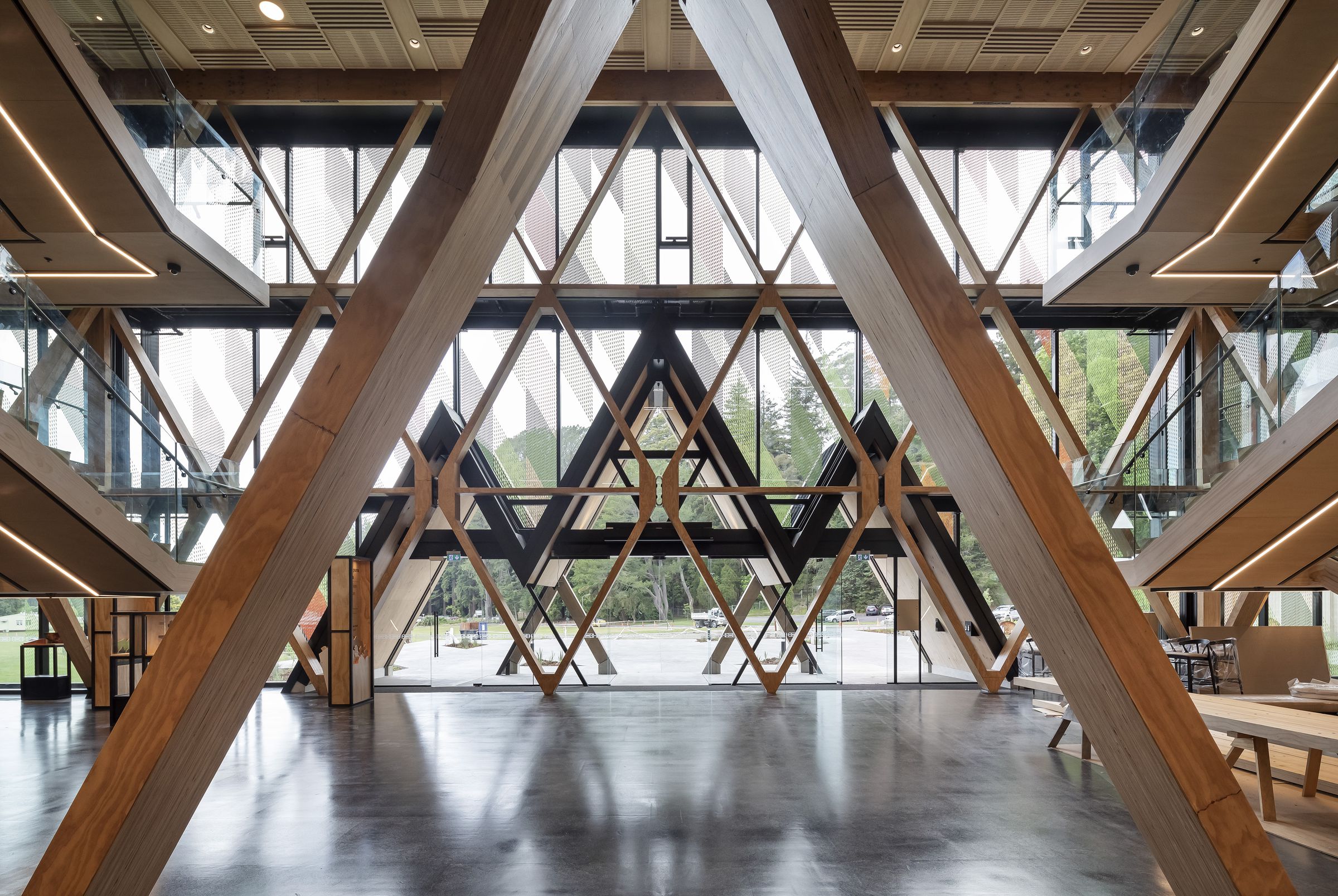 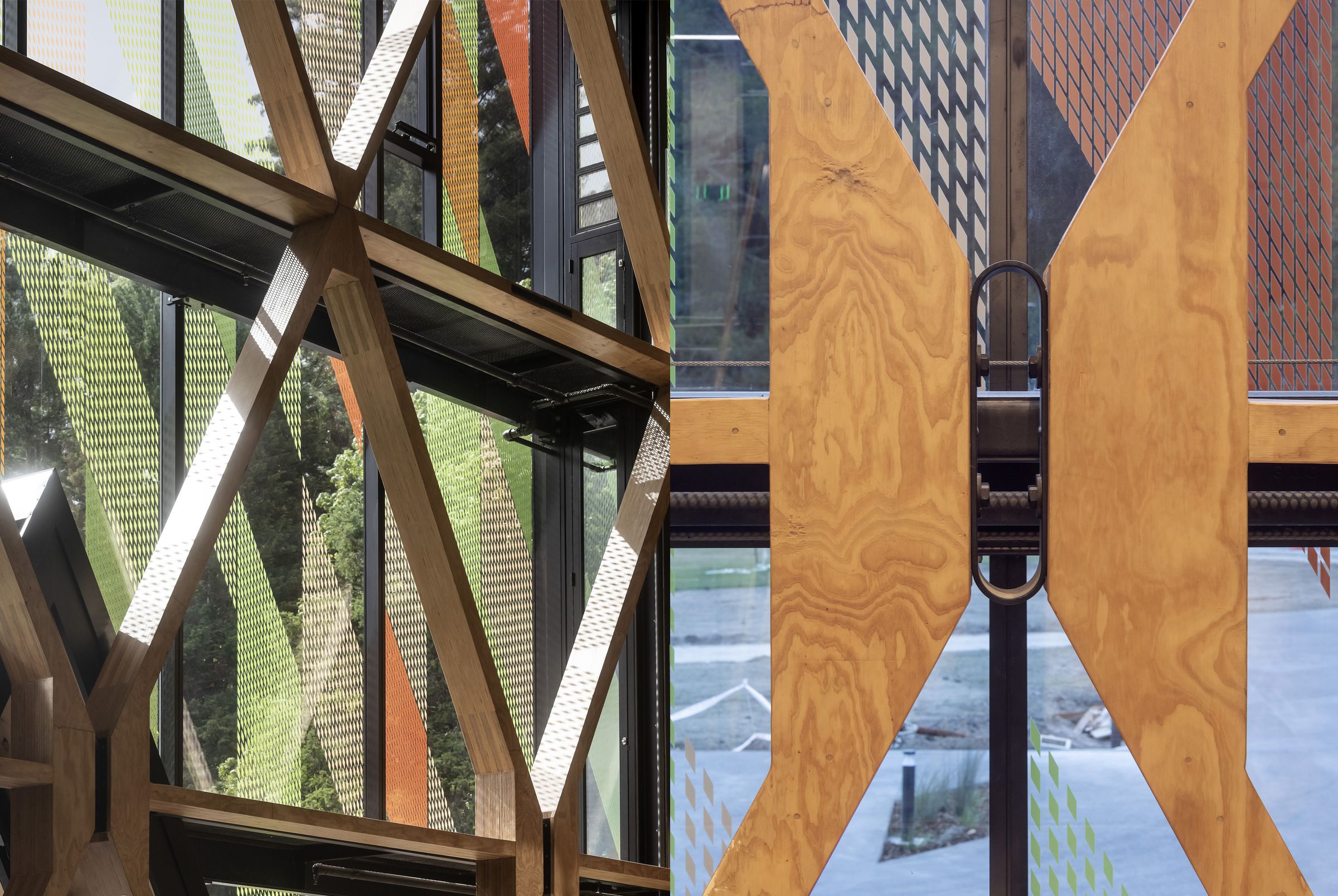 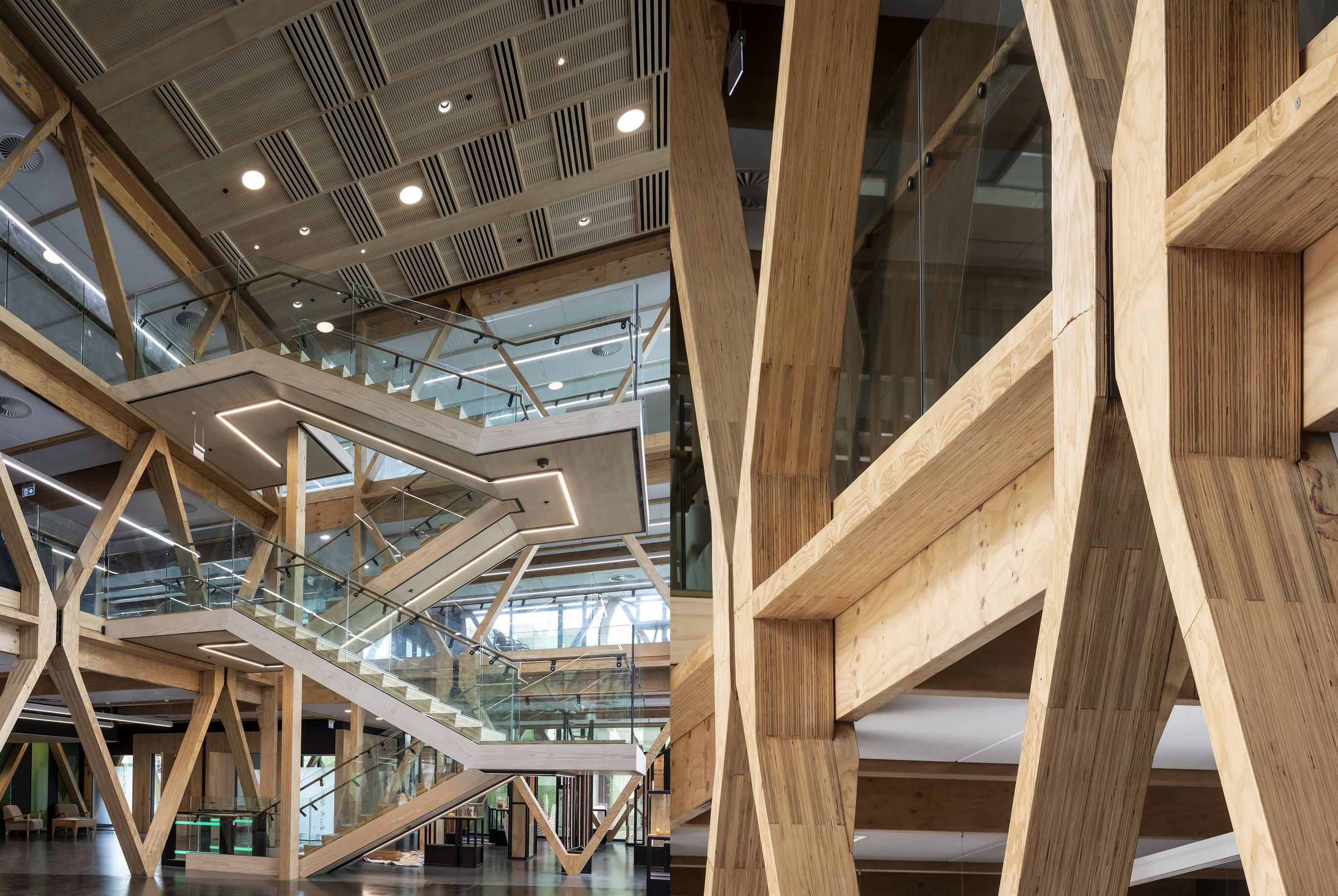 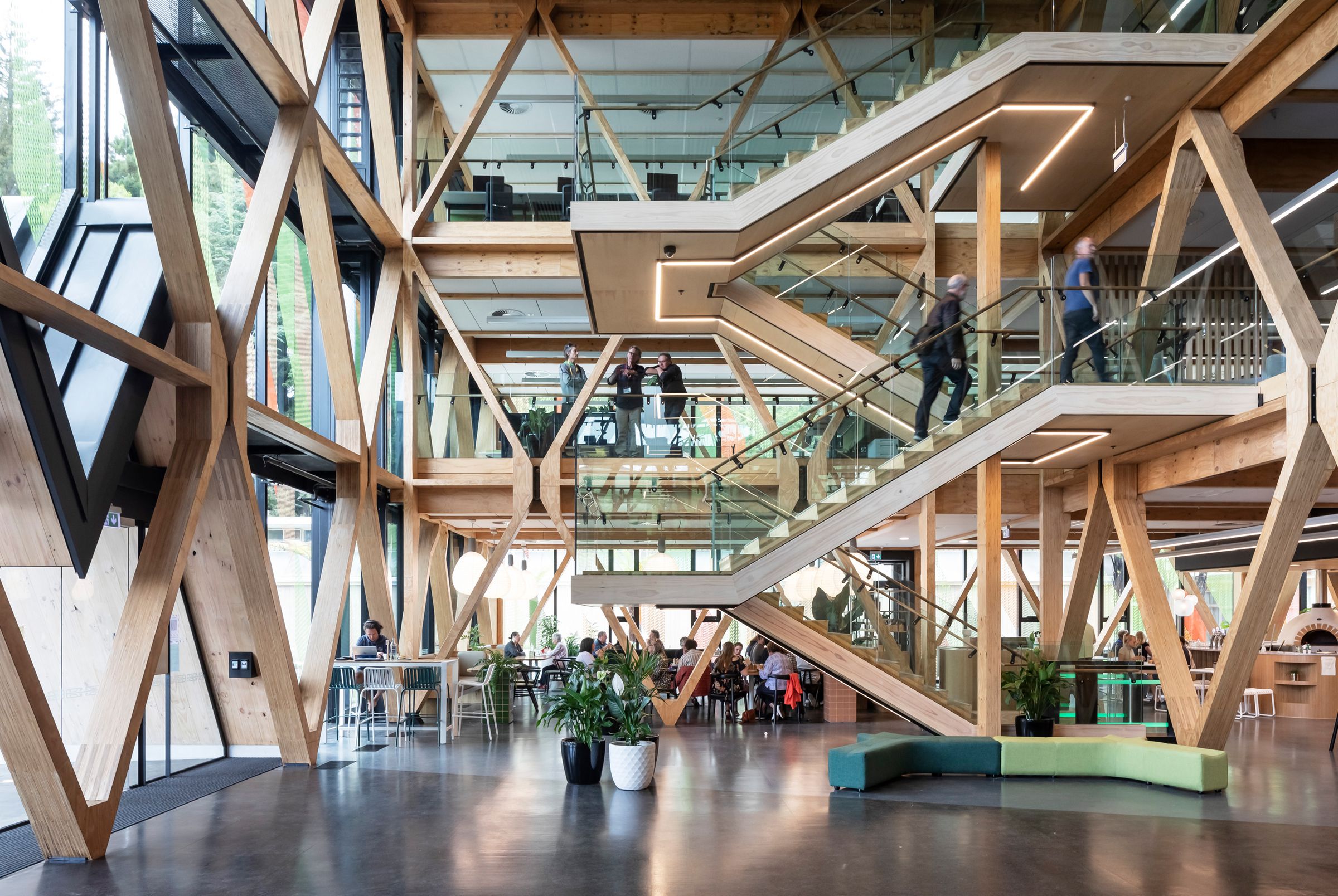 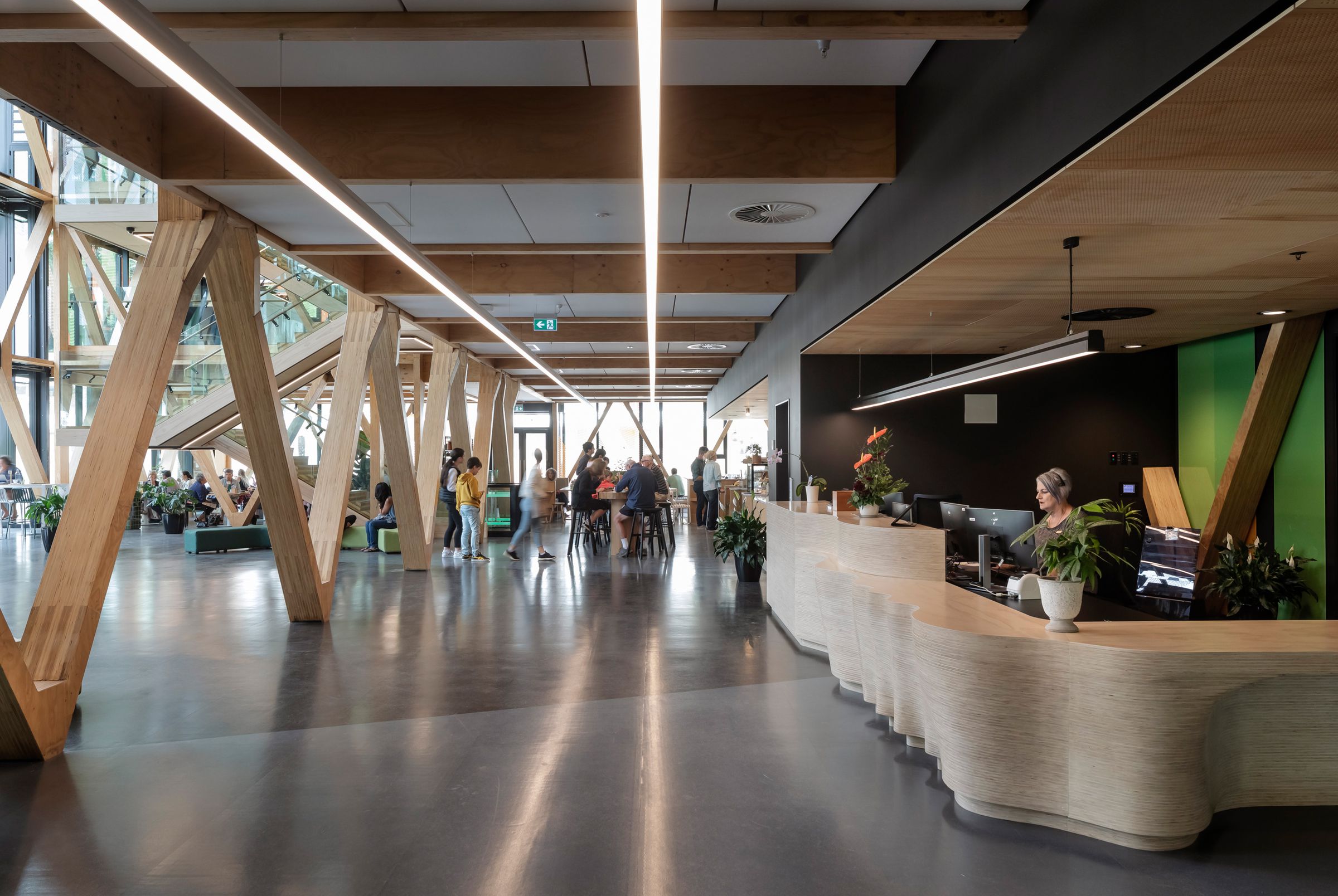 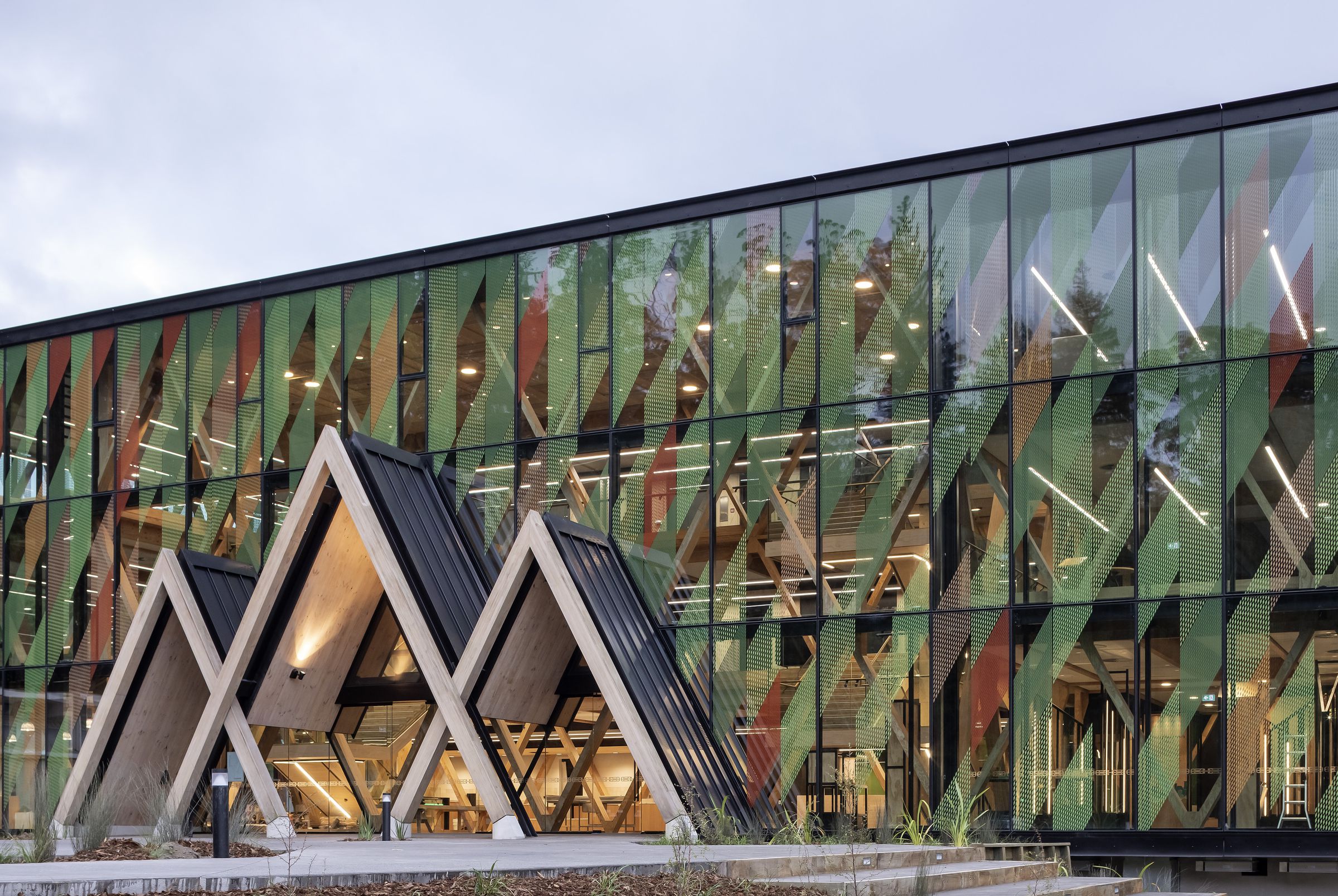 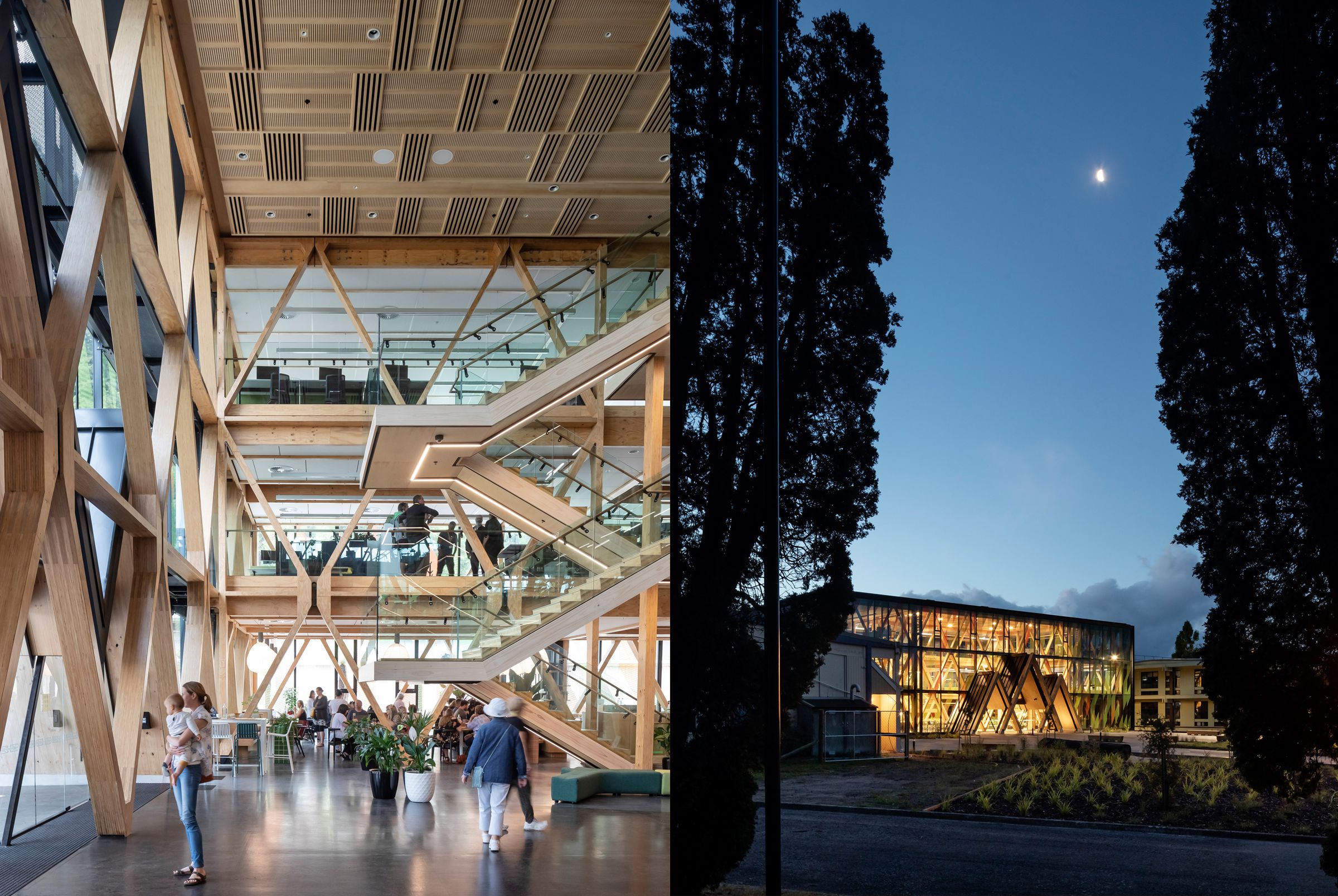 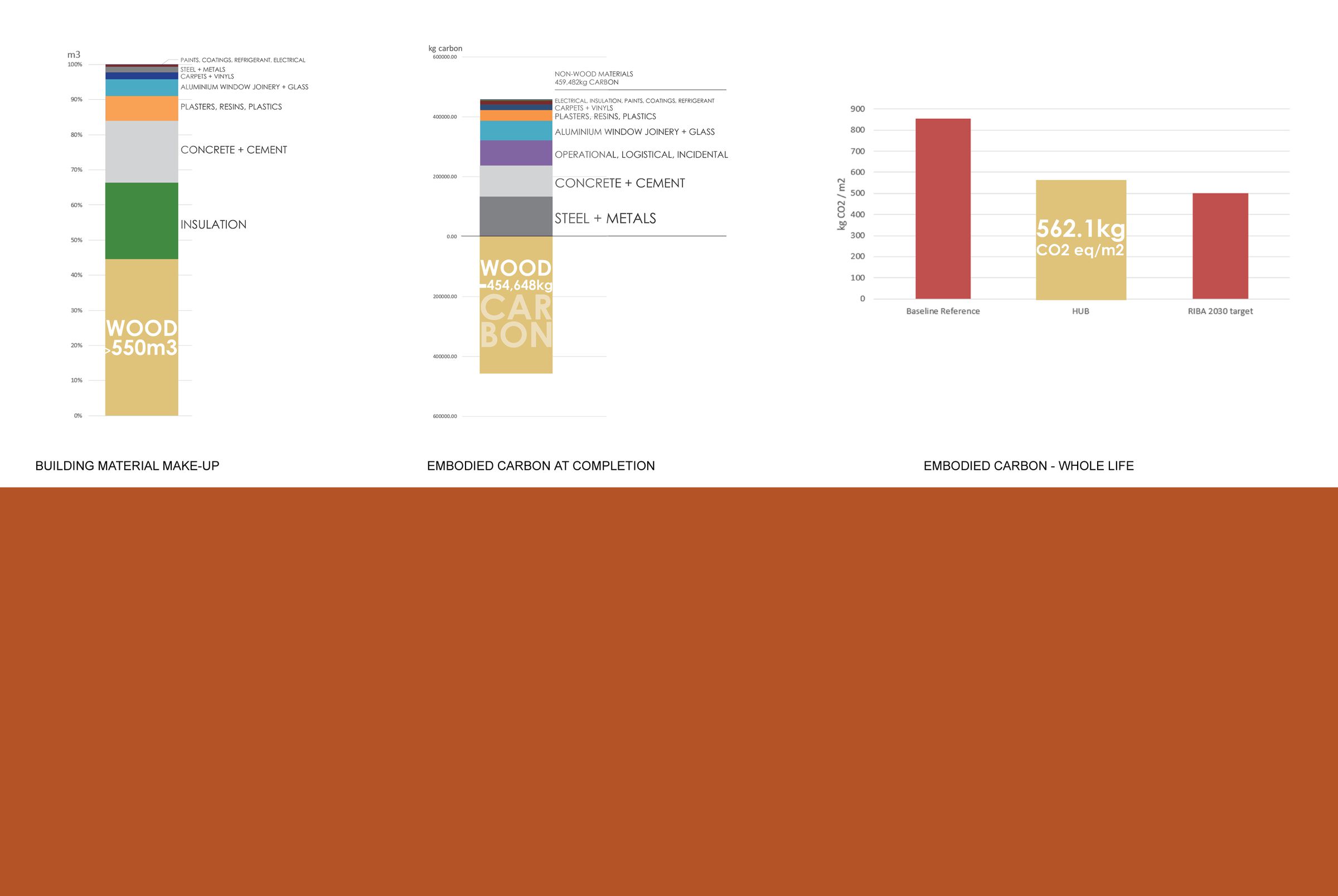