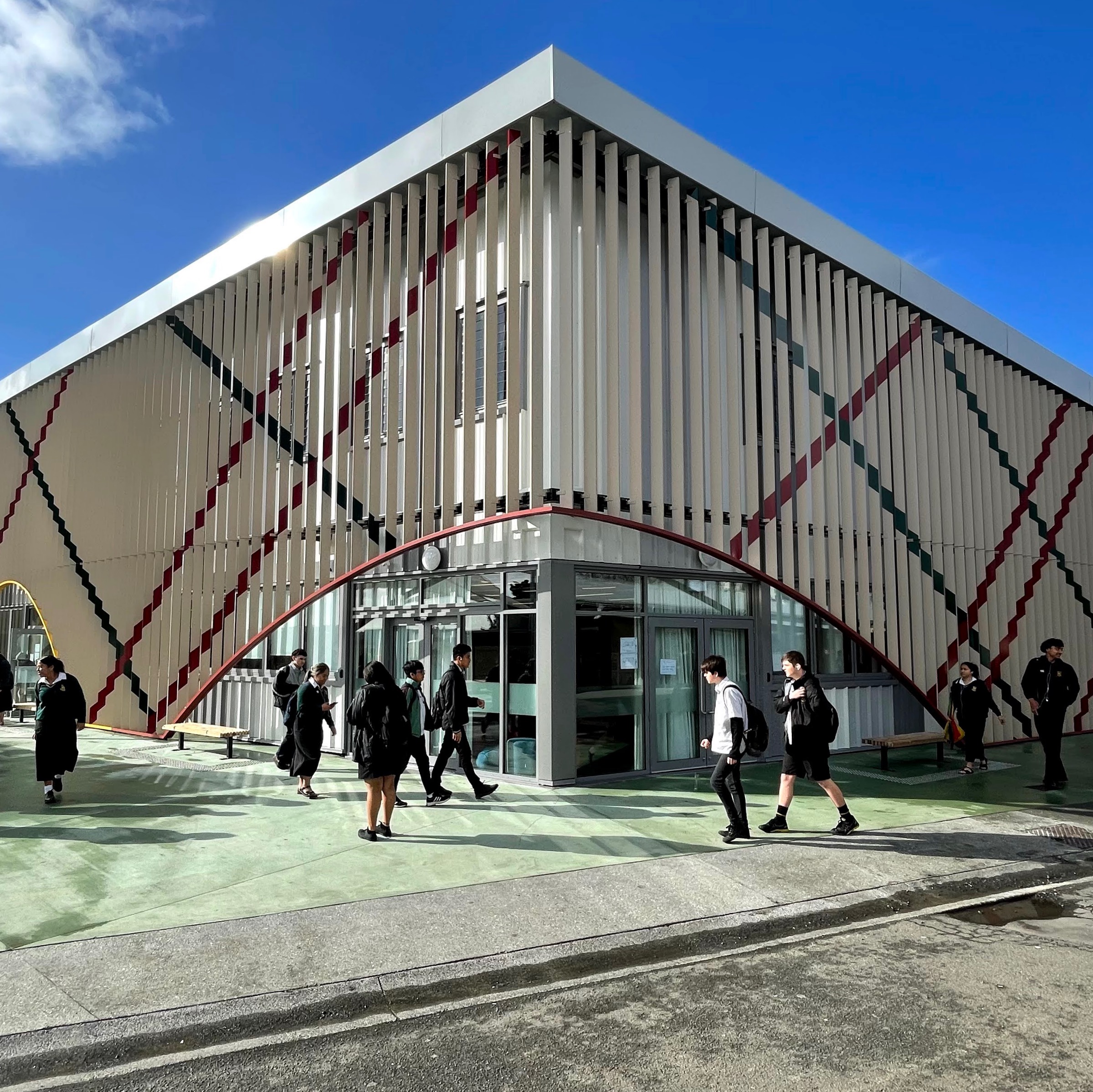 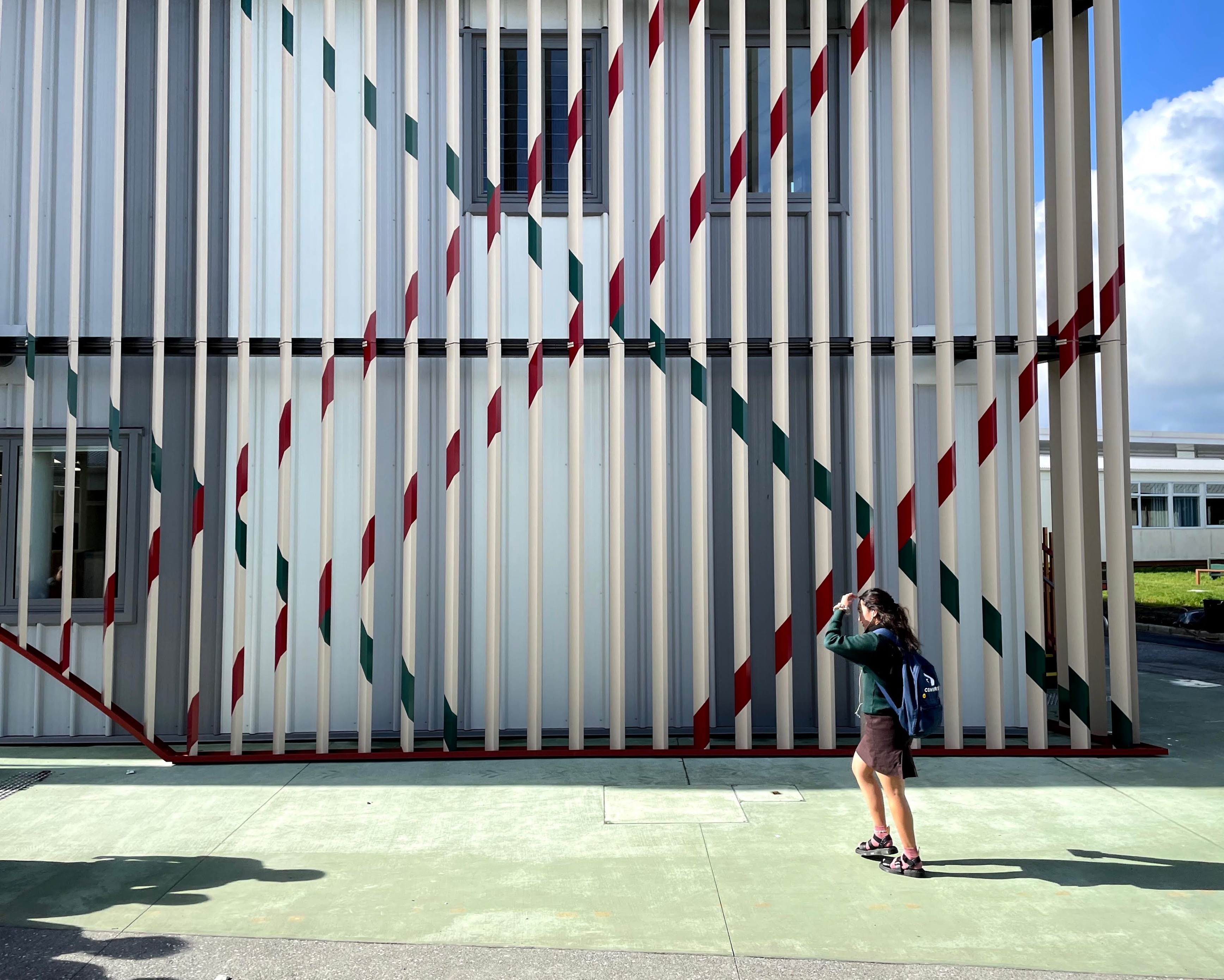 Just completed, and one we’re particularly proud of, is a modest but mighty building at Manurewa High School. In this project for the Ministry of Education, the aim was to break down the boundaries between high school and what the students might be exposed to in tertiary education and the real world of work. While budget dictated a fairly utilitarian box, the new educational space, designed in consultation with the school’s Māori and Pasifika community, is cloaked in a high-tech screen that not only moderates sun and glare but is crafted with elliptical shapes and curves in colours derived from traditional carving. The screen elevates the architecture, allowing it to have a better sense of meaning for the school community.

Inside, the open-plan spaces are integrated around an amphitheatre of sorts, with tiered seating and a big screen for audio-visual teaching. The facility, which Manurewa High sees as a learning immersion pod, also incorporates a library and a maker space for the school’s young enterprise programme. It will soon be gifted its official name by mana whenua. Less than a month after opening, it has already made a huge difference to the school, as principal Peter Jones explains:

“For me, this building has taken more than 10 years to achieve. It replaced nine condemned asbestos-filled prefabs and a leaky library. When you have operated in those spaces and get to occupy a brand-new one – where we made sure all the interior and furniture was new too – it provides a huge lift for our kids. They’re in there and walking around proud. Everyone has taken a look through it, even if they’re not teaching or learning there. The library has been packed out since it opened, and you literally can’t move on the [amphitheatre] staircase. Some teachers were worried a change to this open-plan environment would be too noisy and yet it’s not – it’s calm and focused. We’re using the building collaboratively rather than restricting it to any particular learning areas, and working with the willing in terms of shifting pedagogy. It’s an experiment but a really good vibe.

From the point when the project was signed off and RTA became involved, it has been an incredibly positive experience. They got to know us, understand us, and we talked things through. We felt we were listened to. It’s a challenge to construct a building on a school site while the school is still operating so for it to be delivered ahead of schedule is unheard of.”