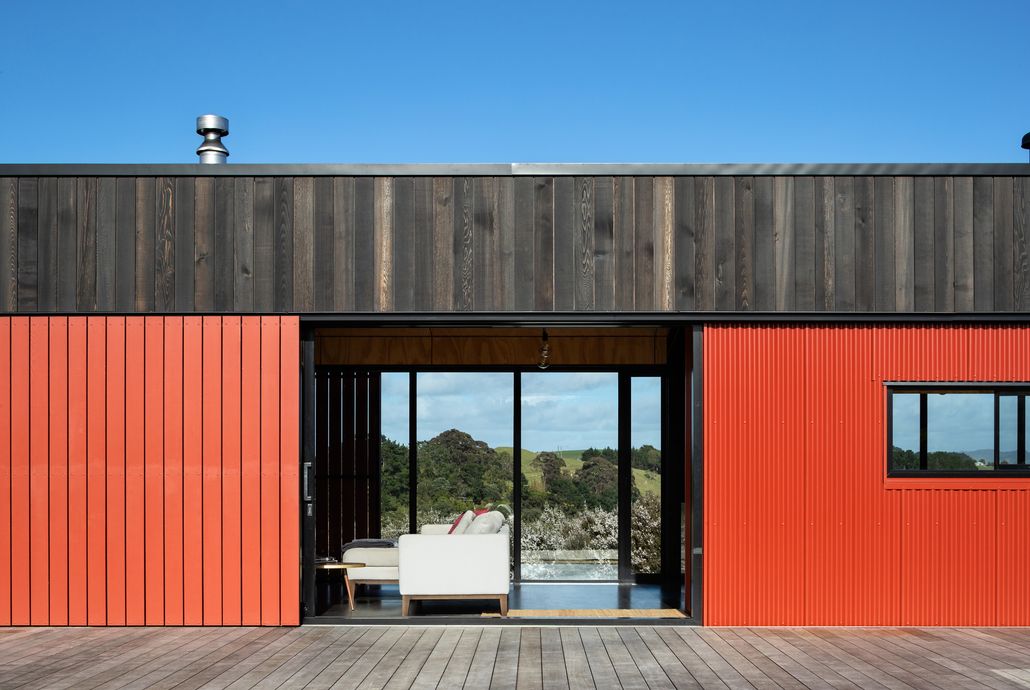 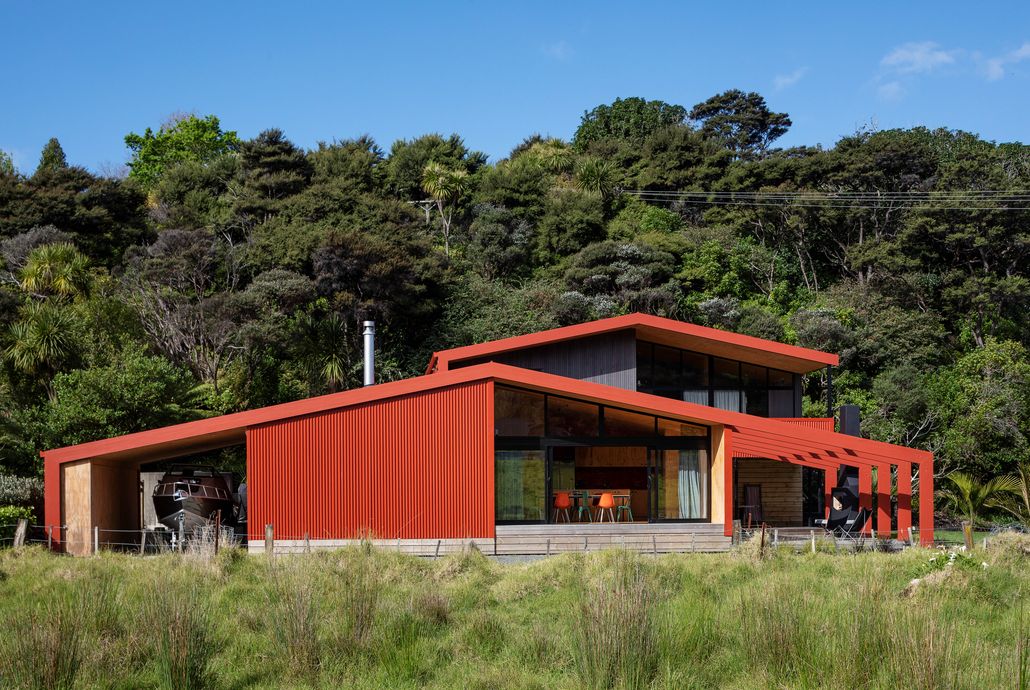 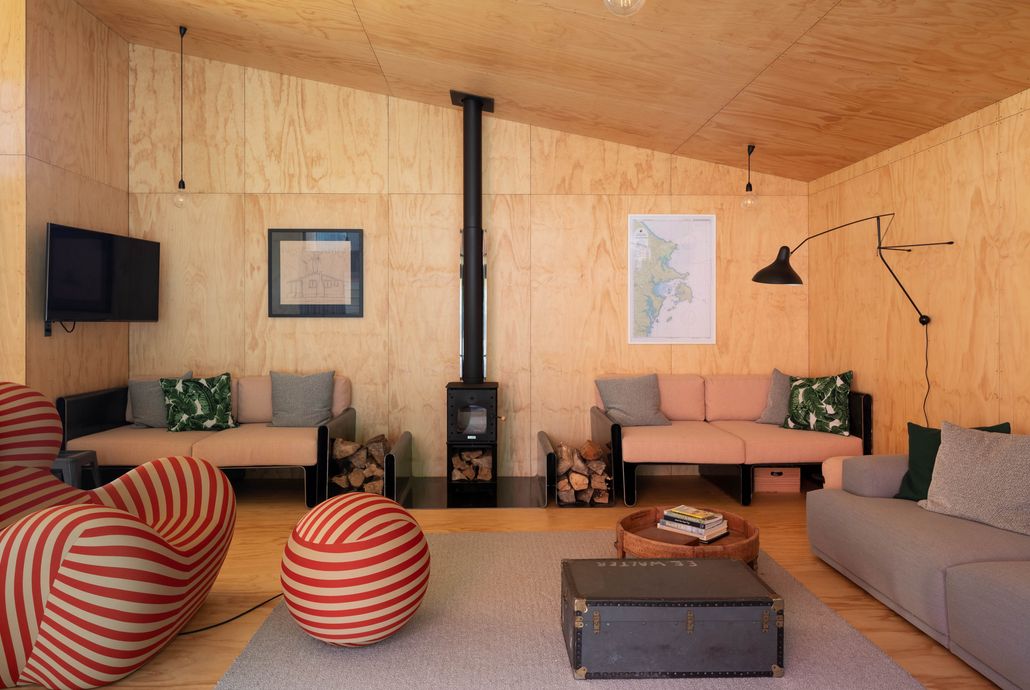 Don’t know about you but, after the pandemic pandemonium of 2020, we’re looking forward to a cruisy summer and the chance to reconnect with people and places that have always made Aotearoa great (sorry Donald!)

Getting away to the beach or the bush is a Kiwi rite of passage and we have been privileged to design many holiday homes that respond to this concept and context – places that key into the spirit of pure relaxation. A modest getaway in Tawharanui is just one of them.

This getaway in Tawharanui was commissioned by a professional couple who had spent many years camping out in a converted garage and a Kombi van on the site before they decided to put down more substantial roots. It’s in an elevated position along the coast and is backed by grassy paddocks filled with sheep: a true slice of New Zealand heaven.

We sited the bach at the front of the site so, seated on the deck, the occupants could look through the treetops to the sea. At only 100 square metres, it’s a small dwelling but it lives large. Perched on poles to minimise groundworks, it looks a little like a tramper’s hut except for the unusual shape which is long and skinny and flares out at each end, rather like a waka, to create rooms that catch the westerly views. The linear plan has a main living area in the centre, a covered outdoor space at the pointy end to the north and two bedrooms at the other.

RTA took the Pohutukawa as an appropriate muse for the colour theme since there are several growing right in front of the property. Charcoal-stained cedar cladding (the ‘bark’) is interspersed with corrugated-iron sliding screens painted ‘Pioneer Red’. And, instead of burying the water tanks underground, trying to disguise or hide them, we decided to celebrate them. They’re painted the same cheerful crimson and add to the robust, agricultural feel of this holiday home.

Inside the house is a budget-friendly plywood-lined box with exposed structure and a kitchen bench that steps down to become a dining table. Simple as. With a backdrop like this one, there’s just no need for grand gestures. There was one ‘must-have’ however. Because the owners are sociable sorts, they wanted enough paddock parking for friends to back up their cars and trailers and put up tents – a temporary encampment for summer gatherings. It’s a laidback and slightly ad hoc arrangement with just one rule: would the last person through, please shut the gate so the neighbour’s sheep don’t join in for lunch!