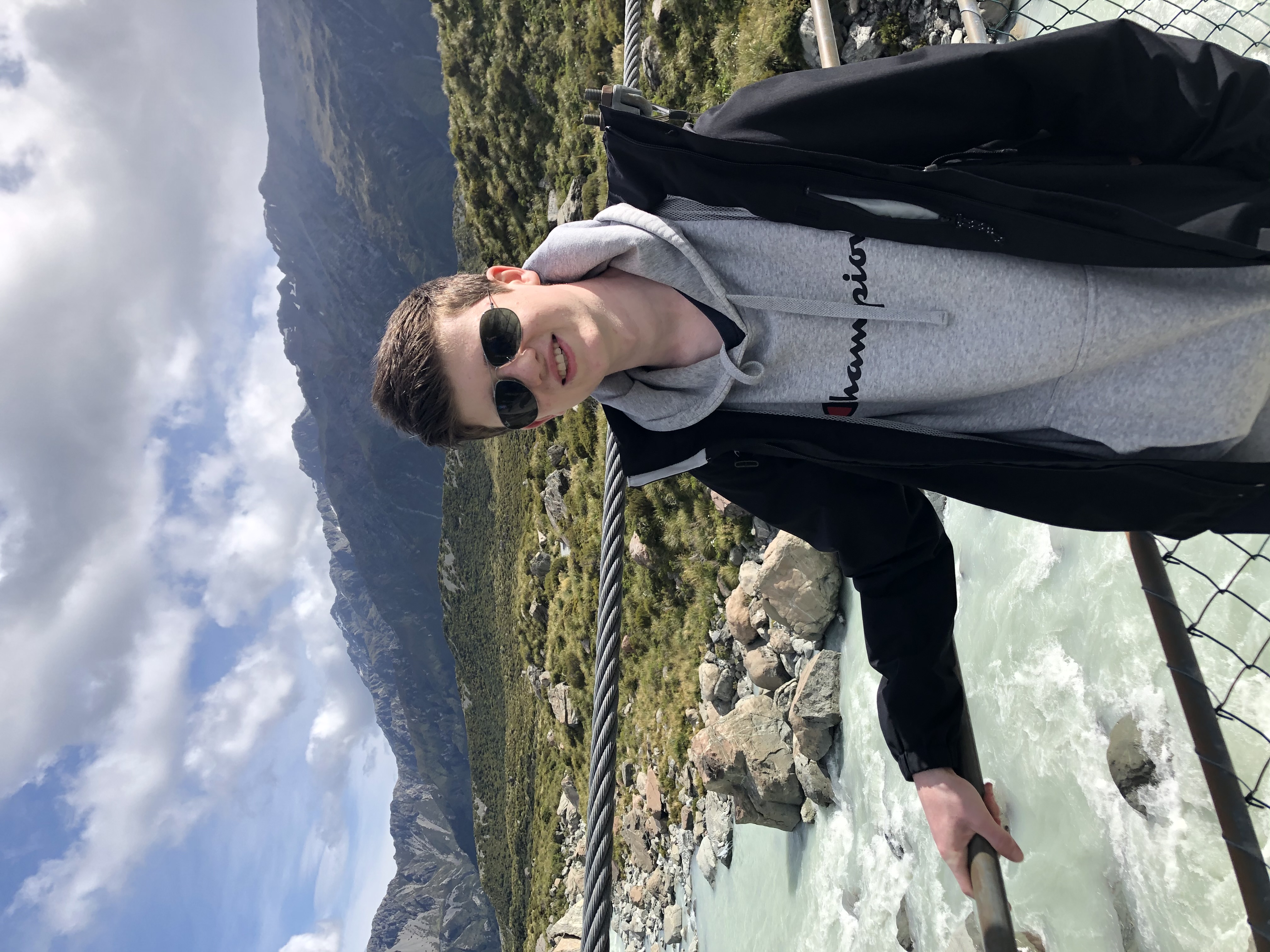 The 2021 recipient of the RTA Studio Award for Māori Architecture Students at The University of Auckland has wanted to be an architect for half his life and the $10,000 award ($2K per annum over 5 years of study) helped bring him from Dunedin to Auckland to pursue that goal.

It was total immersion in the stories of the ancient Greeks and Romans that got a young Joshua Bork hooked on architecture. His imagination was not only fired by the mythology of the gods, but by the buildings that shaped their world. “The Parthenon in Athens is a stand-out; its long, open form and colonnade front is so distinctive; its style has translated through thousands of years,” says Joshua.

Joshua, who was born in Bremen, Germany, moved to Aotearoa when he was six years old. While his father is German, his mother is of Ngāi Tahu descent, and he can trace a family line back to the early 1800s to Te Wharerauaruhe, a high-ranking female in his iwi. He loves having a “proper” connection to this land: “She is buried at Ōtākou marae in Dunedin, a place we used to visit at primary school.”

While the cultural influence on architecture is one interest, Joshua also has a practical side - a love of hard materials and of tech. “I enjoy working with my hands as much as I like to digitally design new structures,” he says. At Kings High School, he made a desk from recycled and upcycled wood - a final-year project that won him the technology prize. No wonder his parents encouraged his dream, and his teachers were happy to support him in his application for the RTA scholarship.

Moving from Otago to halls in Auckland to study a Bachelor of Architecture has been exciting giving him the chance to explore a new city and the power of design. While Joshua didn’t know what to expect from the course, he has enjoyed soaking up fresh and interesting perspectives from the tutors.

His semester-one project involved designing a tower as an addition to a 1950s bach at Bethell’s Beach. “It needed to fit with the rustic style of the bach, so I used timber to create a five-metre tower with an open-sided roof deck that looks over and away to the oceans and mountains,” he explains.

While this humble form is testing his skills, he draws inspiration from a diversity of work. One of his favourite buildings is the Elbphilharmonie, a concert hall in Hamburg which he once saw on a cruise along the River Elbe with his paternal grandparents. The brick façade of the original 1960s warehouse remains but it is now topped by a magnificent crystal structure, designed by Herzog & De Meuron. Some say with its scalloped edges, it looks like a magnificent glass galleon. Zaha Hadid’s Heydar Aliyev, a cultural centre in the capital of Azerbaijan, is another he much admires. It has immense fluidity of form that is an awe-inspiring example of neo-futurism.

One day, Joshua may even get the chance to see that building in real life. He dreams of working at a large firm helping to design innovative spaces using materials that may not yet have been invented. Until then, he feels fortunate to be where he’s at right now. He’s excited that the scholarship also provides him a two-week internship at the RTA Studio offices. “It will be great to actually see what happens in an architecture practice and to make connections,” he says.