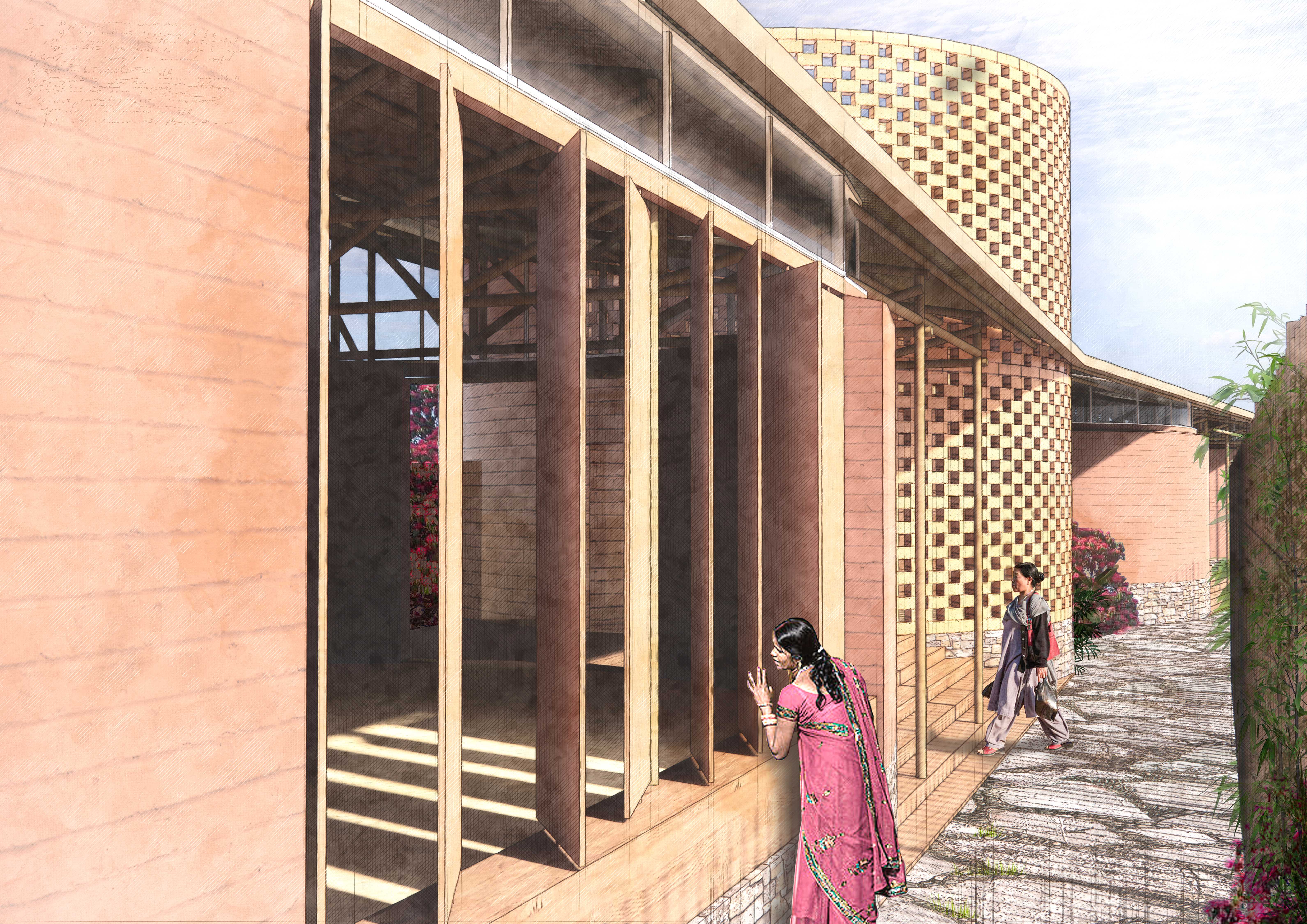 From Our Place to Her Place

Challenging ourselves to think outside the box is what architects do (it’s our professional responsibility) and international design competitions provide a robust testing ground.

So we were chuffed, to say the least, when we received an Honourable Mention for our entry to design a centre that will be a place of safety, community and learning for Nepalese women and girls.

The in-house design group, which was set up within RTA to encourage staff with an interest in developing their design ability, took on the task and, appropriately, the four core members on the project were women.

Catherine Doo, Teresa Munro, Elizabeth Cho and Janetha Rainbow had a month to turn around their proposal. “That really fast-tracked the process,” says Catherine.

Their research into the Nepalese cultural landscape unearthed some cold, hard realities. Within a patriarchal society, women often miss out and domestic violence is common. “While there has been some progress to address gender inequality, women are often oppressed and many don’t have access to education or health facilities,” says Catherine.

Commissioned by Building Trust International, a non-profit organisation that believes in addressing issue of poverty and environmental problems through good design, the Her Place Empowerment Centre will be a secure complex incorporating accommodation, training halls and offices.

Located near Devachuli, in the foothills of the Himalayas, the proposed site is subject to fierce winds and flooding in the monsoon season. “The region is also an earthquake zone, so we had to that into account,” says Catherine.

The foursome put their heads together and came up with a spatial programme that involved a series of pavilions set on stone plinths to elevate it above the flood zone. They stretch along the long, narrow site and shelter under a lightweight, common roof.

Each building ‘or pod’ has a circular or curved shape and the spaces in between become communal areas or routes through the site. Catherine: “In nature, curves are viewed as feminine, and we liked the notion of using circles as a universal symbol to represent strength, protection and inclusion.”

Selecting materials for the building was another challenge. “In New Zealand, we take for granted access to good-quality concrete, steel, and glazing but we weren’t entirely sure these were going to be available,” says Catherine. “There was also a shortage of building timber.”

After studying a few precedent projects in the region, the design group’s palette teams compressed-earth bricks [which are easy to manufacture on a larger scale], timber louvres and a trussed roof with bamboo substructure. Thatch is used for insulation and ventilation is manual, not mechanical, with louvres and shutters to modify the breeze.

Being acknowledged in the competition was a reason to celebrate but the process had another more meaningful outcome. “It really shone a light on the difficulties women still experience in other societies. We were happy to be able to shape architecture that responds to that,” says Catherine.