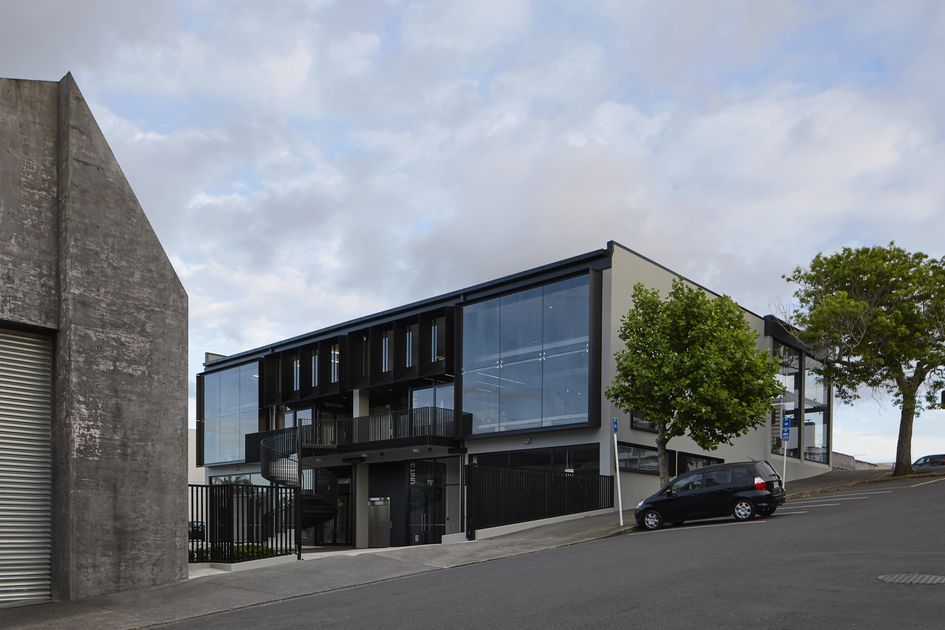 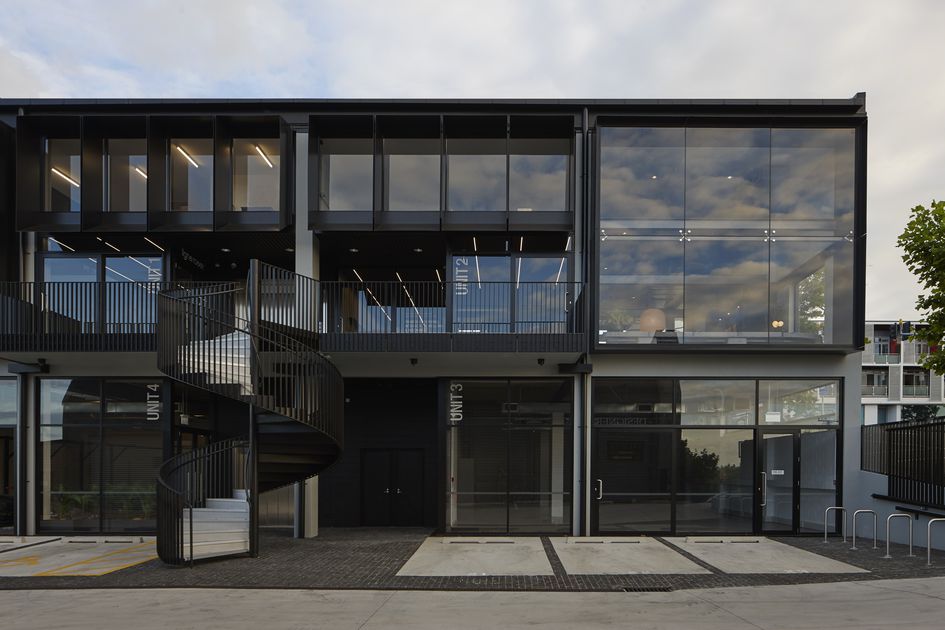 Red Baron was an Auckland institution - an emporium for Japanese motocycle sales and service with a showroom and workshop that operated from a two-storey building on a prominent site on the corner of Great North Road and Grosvenor Street. As such it had great potential . . .

Red Baron was an Auckland institution – an emporium for Japanese motorcycle sales and service with a showroom and workshop that operated from a two-storey building on a prominent site on the corner of Great North Road and Grosvenor Street. As such it had great potential…

This area of the city, along a scenic ridge within walking distance of Ponsonby Road and Grey Lynn, was identified under the Unitary Plan as ripe for mid-rise development and when Red Baron shut its doors after 25 years of selling and repairing Yamahas and Kawasakis, they left behind untapped possibilities in the 987-square-metre site that was zoned Business–Mixed Use.

RTA Studio’s client, Samson Corporation, asked us to work within the existing structure of the 1968 building instead of taking advantage of the 18-metre height allowance. The aim was to create four separate tenancies - two on the upper floor and two on the lower level – and, because those tenancies were not yet signed up, the design had to be flexible for a wide gamut of commercial activity.

Several years ago, RTA Studio had been commissioned to replace a pair of iconic concrete workshops, sandwiched between the Red Baron and a typical Grey Lynn villa on Grosvenor Street. It was an opportunity to reflect history using a cast in situ concrete façade in a similar gabled form on a scale that would transition between the villa and the two-storey commercial premises up the hill.

This project continues the industrial flavour and steps up the scale. The existing concrete block and steel framework of the motorbike workshop was retained, and the interiors gutted then modernised. Expressed steel beams are a rhythmic modulation within the lofty volume and mezzanines provide office space above the showroom floor. Glazing on all sides allows urban snapshots that connect the occupiers to the community and vice versa. On the southern elevation, five-metre windows can be transformed into an advertising showcase facing Great North Road.

The north-facing windows on the other hand, capture a full-frame view of the Grey Lynn valley and overlook a courtyard-cum-parking space where a spiral staircase in steel is sinuous yet strong. In practical terms, generous sliding doors and loading bays for trucks facilitate the inward and outward flow of goods.

In designing the courtyard, the RTA Studio team perhaps had in mind, a café with tables in the sun. As it turned out, the two first tenants to sign up to occupy the newly minted premises were Forté Flooring and Ligne Roset, a French contemporary furniture company. Joining Designer Rugs who occupy the building next door, this prominent corner of Grey Lynn is well on its way to becoming a boutique precinct of high-end homewares.